Last year, a year ago today actually, we met a young man named Oliver. We had read about his story and wanted to meet him in person to see if the passionate human that was depicted on the beautifully written story from our friends at Castanet would translate to real life.

We shared a coffee at our favourite coffee shop (Third Space Cafe) and listened in on his plan to run 100km in honour of his mother who had recently passed away. Oliver’s mother, Laura Jean Stankiewicz, passed away in 2020 after battling cancer. Feeling a void in his life, coupled with being in the midst of a pandemic, Oliver wanted to do something special to honour her beautiful memory. Using his community, his passion, and a desire to bring some light to one of the darker periods of his life, Oliver dreamed up the Move4Mom initiative.

On that gloomy May afternoon his goal was to raise $5,000 for the Vernon Jubilee Hospital Cancer who were vital in the quality care Laura received during her time there. At the time of our very first coffee together Oliver had, not surprisingly, already surpassed his initial goal. And even though his initial goal had been met we knew we had to elevate this young man and reward his passion and vision, especially given the beautiful woman the endeavour sought to honour. So we matched every dollar he had raised to that point and contributed $7,500 to the cause.

Not surprisingly, the first iteration of Move4Mom ended up raising over $20,000. We were thrilled to have played a small part in his endeavour and were left inspired, knowing he would undoubtedly turn this into something bigger, better, and even more impactful in honour of Laura.

In the weeks leading up to Mothers Day 2022, we found ourselves on social media, scrolling around aimlessly as we all do. Suddenly, we discovered tags and mentions about this years "Move for Mom" event. Oliver, through the support of his wonderful family, beautiful partner (Marie), and a community that picked up his passion and the legacy of his inspiring mother, had grown what was once a solo trek into something to much more - The Movement Project.

If you have, or ever have the privilege of meeting Oliver,  it would come as no surprise that he took an idea and turned it into something incredibly special, bringing together community and incredibly like minded, caring people. It's just who he is, it's in his DNA. He is an energetic, driven, kind, caring man with vision and integrity that will rival that of anyone you will ever meet. From sadness and despair, Oliver has built a movement (pun intended) and brought a community together to celebrate Laura, and anyone else impacted with loss or illness, while cultivating a spirit of generosity within his home town of Vernon, B.C.

When we saw scale and scope of what he had created this year, we knew it was time to once again step in and elevate him and his family. So, on a cold, gloomy Mother's Day Sunday morning, we forced our Lead Philanthropist, Keith Brewster, who generally has a no wake up prior to 9:00am rule, out of bed early and told him to drive to Vernon to make a surprise appearance.

By the time Keith arrived in Vernon to surprise Oliver and join in on 10km running loop, Oliver had already run 50km - talk about humbling. The two ran together, talked about the project, its goals, impact, and so much more. When they reached the end of the loop, Keith presented Oliver with a donation to remind him of the belief the Stober Foundation have in him and the pride we feel when we see him taking the lead in his community.

If you haven't heard about The Movement or Oliver Stankiwicz, we urge you to take the time to learn about someone who is not just making ripples in our community, but creating waves. And if his story, energy, or passion resonate with you we ask that you consider elevating him however you can. The Movement Project will continue accepting donations for the Move4Mom project until the end of May. If you can give, please do so. And if you can't, please consider helping any way you can. A note, a follow on social media, or join us next year when we roll up to Vernon to put in our mileage. You might just find yourself in the midst of movement, no matter the distance you're able to put in. 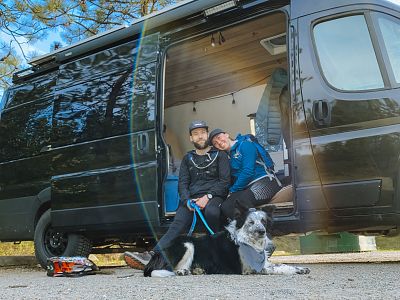 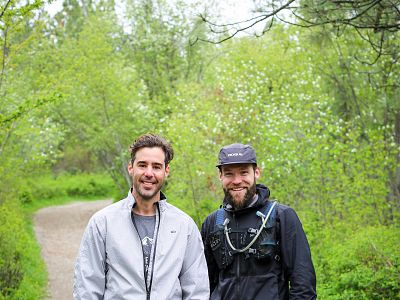 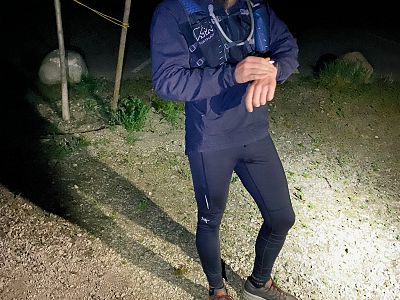 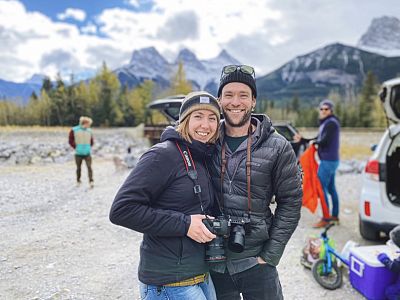 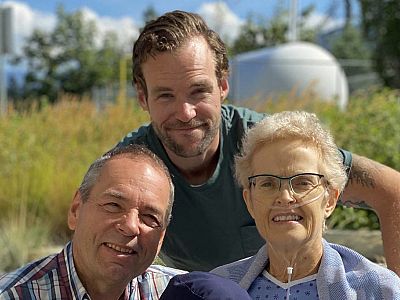 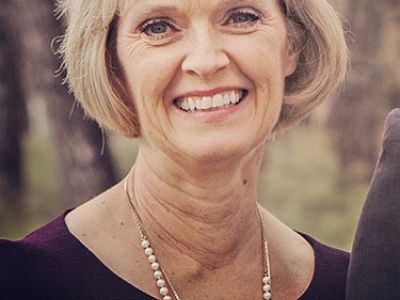