A few weeks we had the privilege of spending a day in the beautiful backcountry with the Kelowna Snowmobile Club. It had been years since any of us had been on a snowmobile. To say we felt like kids again was an understatement, as we zoomed through the snow on an idyllic winter day. Of course we wanted to learn and experience snowmobiling in the Okanagan, but we were also very keen to learn about how the Kelowna Snowmobile Club operates as a non-profit society, and the impact they have amongst their membership.

Snowmobiling is more than just a hobby for many of its members. It's a way to enjoy the great outdoors in their own way and at their own speed. For others, it's a way celebrate nature and the beautiful backcountry that surrounds our incredible city. But if you were to ask some of the members of Kelowna Snowmobile Club about what drives them (no pun intended) to get involved in their local club, you'd be surprised by the common response that tends to comes up.

It's not snow centric, nor is it about going out for a 'rip. It's not about fulfilling the need for speed, or even testing themselves in the freezing cold. For them, and many others who seem to enjoy our wilderness more once the weather drops below the freezing point, the Kelowna Snowmobile Club is about so much more. It's about community, being together, and doing good together.

On a beautiful February day, when we should have been snuggled in blankets watching football, we found ourselves embedded in this very very community. We thought we were going for a simple fun day on motorized sleds to see the mountain, but we were incredibly blessed and privy to seeing so much more. What we found was a group of passionate snowmobilers eager to share their passion with four newbies dressed for resort skiing and instagram photos. They took us in, under their wing and watchful eyes, and shared their passion with us. Along our guided tour they stopped, several times over, to help others who had gotten stuck or lost along the way. We took breaks to enjoy the scenery, learn about their rich history, and meet other passionate riders at the local warm up cabin.

While taking a little break and filming some of our beautiful surroundings we learned, rather unexpectedly, of their "poker run", a fundraiser that seeks to turn the spotlight on charities close to their heart. Their poker run, which encourages members to come together and donate to the cause, tends to draw nearly 100 people to come together and do good for others. As someone who's job it is to find meaningful charities and the hearts that are inspired to be involved in them, this was serendipity to me and felt like fate.

After learning about the charities they had selected for 2022 (BC Children's Hospital and the Easter Seals of BC), we knew we had to level up their incredible generosity. So we surprised them, pledging to match, dollar for dollar, all funds raised at this years "poker run".  At the time of posting this story, I'm proud to say that the Kelowna Snowmobile Club has raised over $30,000 for these charities and, in doing so, will benefit the lives of people in ways they can't even imagine.

We often think of the word "community" as being a centralized location, or neighbourhood. We think of it as the people who awkwardly take up space next to us. But in its roots, community is actually defined as a feeling of fellowship with others, as a result of sharing common attitudes, interests, and goals. By that definition, the Kelowna Snowmobile community alive and well, stronger than ever, thriving together to do so much for so many. 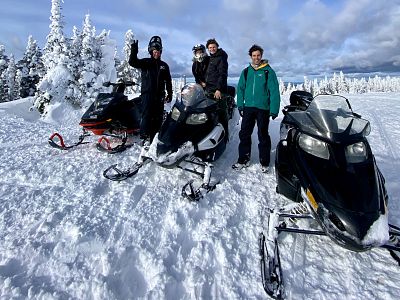 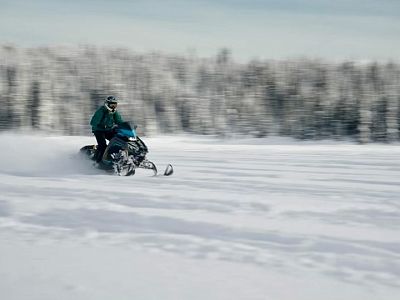 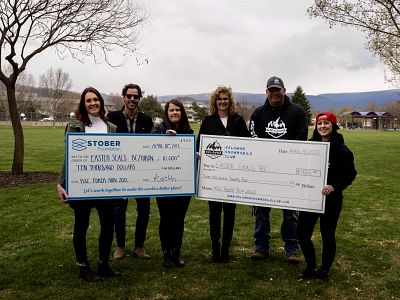