In 2010 I moved across the country to pursue my PhD in Human Kinetics, with a focus on vascular physiology. I had come from being the top of my class, top of my university, and winning provincial awards in Ontario during my masters. To say that I was extremely confident and slightly egotistical in my academic abilities was an understatement. I'd often say, behind closed doors, that I didn't move 3500km to float - I came to make waves.

I distinctly remember spending my first few days in Kelowna, getting to know my new lab mates and soon to be friends. We'd have small get-togethers where we'd talk about our academic goals, accomplishments, and on-going projects. These get-togethers would later become known as "journal club", although they often deviated away from academia and instead towards the pub. Nevertheless, an attempt was made to keep ourselves accountable and on track. It was during the ninth iteration of journal club where I was hit with the sobering reality that I wasn't the alpha of our academic circle, and likely would never be.

The meeting started off like so many others others, with members of our group going around in clockwise fashion, updating each other on projects and/or academic developments. One student would lament on some wonky data that needed further crunching, while another would go on about research ethic hoops that had to be jumped through. I would spend my designated 90 seconds leaning into how the 4th round of revisions of a recent article submission to a b+ journal (at best) was slowly eating away at my soul. Then, to my left, my colleague and friend Chris Willie took his turn and shared his status.

Chris would, in a completely humble way, go on to talk about his 6th publication this year, followed up by plans to visit Nepal and perform experiments at the base camp of Mount Everest. In what felt like the same breath, he shared some of his personal adventures and conquests too, talking about his recent summit of shale mountains in the countryside, his current love life (he was dating a model), and plans to solo sail around Vancouver Island. He spoke in a such a way that compelled you to forget about everything else and hold onto his words and energy like they were your own.

I didn't ever care about climbing, sailing, or even publishing in world class journals. I'd later tell my academic supervisors the complete opposite in an attempt to be more like Chris, but the reality is that I couldn't have cared less about any of those things - a fact that remains true to this day. But when Chris spoke of such things you couldn't help but fall into his every word. His ability pull you in through his passion, whether academic of adventure, was simply riveting. This skill served him well, both interpersonally professionally, as he would go on to publish countless scientific articles pertaining to vascular physiology in world class journals and be invited present his work at prestigious conferences around the world.

Chris was simply an enigma. Everything he did seemed to be next level, and he continued to push boundaries in all areas of his life. Although our lives took us to different places, me to Southern California and later into the private sector in Vancouver, he to the basecamp of Everest in the name of science, I always found myself keeping up with his success and achievements. I'd often describe Chris as one of the most high achieving academics (with the greatest potential) that I had ever met. Chris was a comet flying through the sky, and you just couldn't help but pull over to capture a glimpse of the shine and energy.

In 2017, while in Kelowna for a weekend, I randomly bumped into Chris at a hot yoga studio. It had been years since we had seen each other in person and we needed more than a simple head nod during the opening savasana.  We grabbed coffee at a local cafe after class and spent about 30 minutes catching up and exchanging pleasantries before going on our way, each with hopes of making waves in our respective disciplines. Although Chris had pivoted slightly in his pursuits, that unmistakeable energy and shine was still there. I found myself thinking, like I did seven years before, "wow - this guy is going to do great things with his life".

Weeks later I'd learn of Chris's untimely death via Facebook, an unfeeling sting to the gut that I can still remember vividly to this day. I messaged and texted every single one of our mutual friends trying to figure out what had happened. I lit up text messages and inboxes with with capital letters and nervous. Is this for real, I'd ask, only to have my fears confirmed and learn of the circumstances surrounding his death. The sting in my stomach was not because he and I were especially close by any means, but because that bright light, that comet that served as a beacon for excellence had burnt out - and far too soon.

Chris Willie was a high achiever in every aspect of his life. His passion for research, academia, adventure and travel took him around the world and back. He lived life to its fullest and set the bar extremely high, in every facet. His lust for life and adventure should serve as a blueprint for so many of us seeking meaning and our place in the world. Although some time has passed since Chris left us, his legacy in our circles remains very much intact.

In an effort to keep that legacy and memory (and the lessons that can be learned from his life) alive, the Stober Foundation, in partnership with UBC, have established the Chris Willie Memorial Award of Excellence. This prestigious honour will be awarded to the best presenters in conferences via the Centre for Heart, Lung & Vascular Health. Furthermore, this award has been endowed through the Stober Foundation, meaning it will be awarded indefinitely and in perpetuity in his honour.

On March 19th, 2022, I had the privilege of attending the Okanagan Cardiovascular and Respiratory symposium at Silverstar Mountain, where I was able to present this years winners with the award established in Chris' name. It's a very bittersweet moment handing out a memorial award that honours a fallen friend and colleague, knowing that in an alternate universe he was beating me for such distinctions. However, there is some beauty and symmetry in the bitterness, seeing the faces of young, driven, passionate scientists aiming to be like him (and so much more). The Stober Foundation would like to offer their congratulations to both Khushali Parikh (MSc award) and Connor Howe (PhD award) on being selected this years winners of the Chris Willie Memorial Award of Excellence. In addition to the multitude of awards and distinctions you'll inevitably achieve across your academic and professional pursuits, we hope you hold this one especially close to your heart. And personally, I hope its more than just a little padding on both your CV and your bank accounts, because in winning this award your are unknowingly carrying on the legacy of one of our best, and he'd be so very proud of you both. 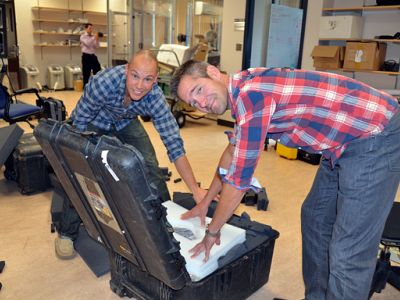 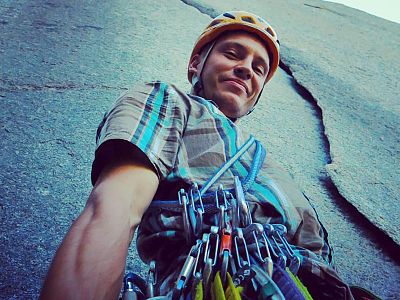 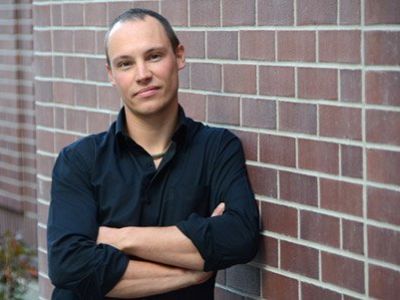